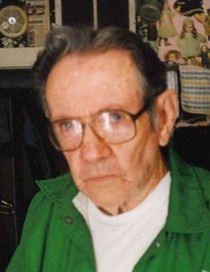 He was born in Dubois County, Indiana on October 16th, 1919 to George W. Noble and Jenny A. â€œHardinâ€ Noble.

Arthur married Audrey Crowder and she preceded in death on October 15th, 2004.

Arthur retired from US Gypsum, was in the Masonic Lodge and an avid fisherman.

Several nephews and nieces including Janet Chapman and Ed Siminski, his caregivers.


CELEBRATION OF LIFE CEREMONY
A Celebration of Life Ceremony will be conducted at 7:00 p.m. on Wednesday, May 17th, 2017 at the Brosmer-Kemple Chapel.  Private family burial at Mount Lebanon Cemetery will be held at a later date.

VISITATION
Friends may call from 5:00 p.m. until the time of service at the Brosmer-Kemple Chapel on Wednesday.

To order memorial trees or send flowers to the family in memory of Arthur Noble, please visit our flower store.