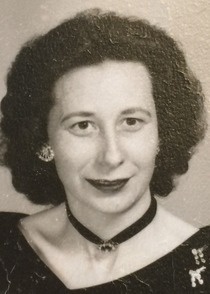 Avasia Dorene (Thompson) McKean, age 82, of Crane, Indiana entered peacefully in her sleep into eternal rest with family at her bedside on April 27th, 2016 at Columbia Healthcare Center in Evansville, Indiana.

She was born in Dubois County, Indiana on June 6th, 1933 to George Walker Thompson and Truna Elizabeth (Perkins) Thompson.

Dorene grew up on a farm which eventually became part of Patoka Lake. She graduated from French Lick High School in May of 1952. She then attended the Louisville Bible College in 1952-1953, where she received straight â€œAâ€s in all of her classes. Prior to her marriage to Robert, she was employed at Sarkes Tarzian in Bloomington, Indiana. Following her marriage, she focused on her labor of love in rearing her (5) five children and making a good home for them and her husband.

Dorene was a woman of deep Christian faith, who studied the bible diligently and was baptized on August 8th, 1948 in Cuzco, Indiana. She was well-read, particularly with respect to health care matters. In later years Dorene doted on her grandchildren, cared for her beloved Robert and continued to study the bible and other readings.

Dorene is survived by:


FUNERAL CEREMONY
The Funeral Ceremony will be conducted on Saturday, April 30th, 2016 at 1:00 p.m. by her son-in-law, Bruce A. Smith, at the Brosmer-Kemple Chapel. Burial will follow in the Ames Chapel Cemetery in Paoli, Indiana.

To order memorial trees or send flowers to the family in memory of Avasia Dorene McKean, please visit our flower store.