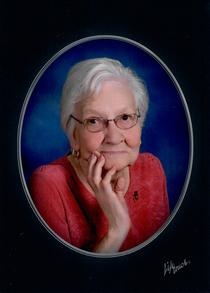 She was also preceded in death by her parents, (1) Brother â€“ James Clifton Marshall and (1) Sister â€“ Norma Jean Brock.

Lorraine graduated with the French Lick High School Class of 1942 and had worked at the French Lick Springs Hotel where she was in charge of housekeeping, the spa and marketing. During her tenure at the hotel she also served as Mr. Rossâ€™s secretary. After retiring in 1978, Lorraine and her husband moved to Florida to enjoy retirement. While in Florida, she was active in her church and volunteered with various organizations to provide assistance to those in need.

She was a member of the Eastern Star and attended the Buechel Presbyterian Church in Louisville, Kentucky after relocating to Louisville.

CELEBRATION OF LIFE CEREMONY
A Celebration of Life Ceremony will be conducted by Rev. Rob Warren at 7:00 p.m. at the Brosmer-Kemple Chapel with cremation to follow. The burial will be held at a later date in the Mount Lebanon Cemetery.

To order memorial trees or send flowers to the family in memory of Avis Lorraine Charnes, please visit our flower store.