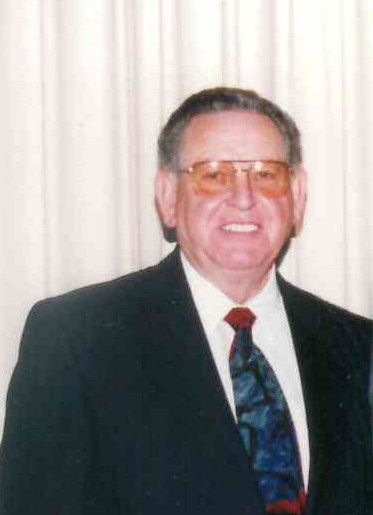 He was born in Orange County, Indiana on July 17th, 1934 to Fred Drabing and Fern (Beaty) Drabing.

Ben was preceded in death by his parents and (1) Half Brother – Ronald “Butch” Schmutzler.

He was a 1952 graduate of French Lick High School and following high school enrolled at Indiana College of Mortuary Science and graduated in 1957 where he then served his apprenticeship with Finn Funeral Home in Kokomo, Indiana. Upon completion of mortuary school, Ben married Darlene Englert on November 23rd, 1957.  After the death of his stepfather, Ben Schmutzler, they moved back home to French Lick and became partners with Ray and Norma Brosmer where they owned Brosmer-Drabing Funeral Home for decades.

He had many hobbies which included fishing, hunting, bowling, golf, music, sports, flying air planes and watching classic western movies.  His love for music led him to play the tenor saxophone with the Glen Paxton Band at the French Lick Sheraton Hotel for many years.  He then branched off to create his own band where he sang and entertained at many different functions and occasions.

Ben loved his family and friends and enjoyed life to the fullest.

FUNERAL MASS
The funeral will take place on Friday, March 5th, 2021 at Our Lady of the Springs Catholic Church in French Lick, Indiana.
A Eulogy lead by Mike and Jim O’Connell will be at 9:30 a.m. followed by the Funeral Mass at 10:00 a.m. conducted by
Father Joseph B. Moriarty.

His ashes will be interred at Mount Lebanon Cemetery in a private ceremony at a later date.

In lieu of flowers the family requests donations in Ben’s memory be made to Our Lady of the Springs Catholic Church, 8796 W. State Road 56, French Lick, IN 47432

Guests are required to wear masks and practice social distancing (6 ft). If you are showing symptoms of illness (fever or chills, cough, shortness of breath or difficulty breathing, fatigue, muscle or body aches, headache, new loss of taste or smell, sore throat, congestion or runny nose, nausea or vomiting or diarrhea) please do not attend. Thank you for your cooperation.

To order memorial trees or send flowers to the family in memory of Benjamin Eugene Drabing, please visit our flower store.