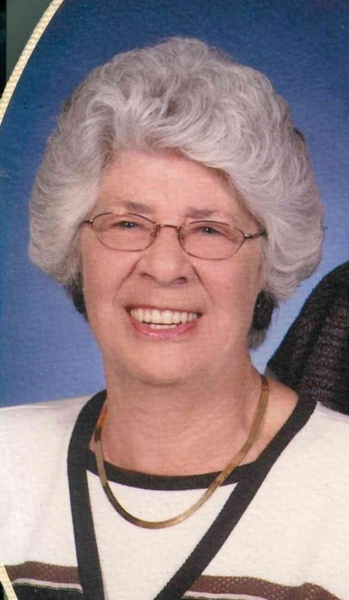 She was born in French Lick, Indiana on May 29th, 1925 to Raymond Kellams and Effie “McKeighen” Kellams.

She was preceded in death by her parents and (5) Sisters – Ethel Qualkenbush, Sadie Kinsey, Kathleen Wells,

Betty loved spending time with her family, especially her grandchildren.

Betty is survived by:

A Celebration of Life Ceremony will be conducted by Bro. Joe Crow on Friday, March 1st, 2019 at 12 noon at Brosmer-Kemple Funeral Home in French Lick, Indiana.  Burial will be at a later date at Moores Ridge Cemetery.

In lieu of flowers memorial contributions in memory of Betty can be made to Moores Ridge Cemetery, c/o Charles Crecelius, 3109 S. County Road 500W, French Lick, IN 47432.

To order memorial trees or send flowers to the family in memory of Betty J Stanfield, please visit our flower store.