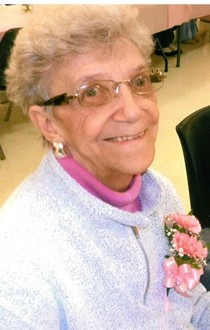 She was born in French Lick, Indiana on February 3rd, 1931 to Charles and Jennie (Pitcher) Wininger.

Bonnie married Clifford Alfonzo Nelson on February 6th, 1949 and he preceded her in death on November 9th, 1999.

Bonnie was member of the Red Hats Society, the Springs Valley Christian Church and the Springs Valley Fellowship Club. She graduated from the French Lick High School with the Class of 1948 and enjoyed photography, writing poems and spending time with her family and friends.

VISITATION
Friends may call Wednesday, February 7th from 4:00 p.m. to 7:00 p.m. at the Brosmer-Kemple Chapel and on Thursday from 11:00 a.m. until the time of service.

The family requests that memorial contributions be made to the Mount Lebanon Cemetery Fund, 9711 West State Road 56, French Lick, Indiana 47432.

To order memorial trees or send flowers to the family in memory of Bonnie Sue Nelson, please visit our flower store.