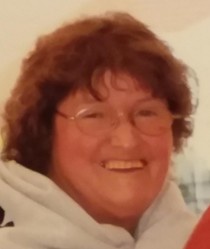 She was born on November 18th, 1946 in French Lick, Indiana to Robert and Olive (Brewer) Hatfield.

She was a member of the French Lick American Legion Post 76 Womenâ€™s Auxiliary, the former Paoli Moose Lodge and the Cane Creek Christian Church. She enjoyed animals especially her cats. Brenda gladly accepted the responsibility of taking care of the neighborhood cats.

Brenda is survived by:

Cremation was chosen and a Celebration of Life Ceremony will be held at a later date with burial to follow in the Cane Creek Cemetery.

In lieu of flowers, the family requests memorial contributions be made to the Orange County Humane Society, 856 N. Greenbriar Drive, Paoli, Indiana 47454.

To order memorial trees or send flowers to the family in memory of Brenda Jean Necaise Curtis, please visit our flower store.