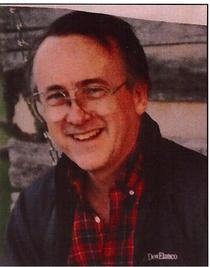 Carl N. Pryor, age 70, of French Lick, Indiana, passed away at 9:30 p.m. on Tuesday, February 4th, 2014 at University Hospital of Louisville. He was born in Indianapolis, Indiana on November 1st, 1943 to Marguerite "Carr" Pryor and Carl L. Pryor. He was married to Therese "McCullough" Pryor of Bloomington, Indiana on January 22nd, 1994 and preceded in death by his parents and his brother, John Pryor. He was a member of the National Muzzleloading Rifle Association, the Nature Conservancy, Ducks Unlimited, Quail Unlimited, and the Contemporary Longrifle Association. He held a B.S. degree in forestry from Purdue University and worked as a certified arborist and as a vegetation management specialist for DowElanco and DowAgrosciences for 28 years. Since 2000, he and his wife Therese have been the owner-operators of A Little Log Cabin in the Woods, A Big Log Cabin in the Clouds, and the Blue Prairie Bed and Breakfast Inn, a tourism business near French Lick. He is survived by his wife, Therese; two sons and their wives, Christopher and Kelly Pryor of Carmel, Indiana and Eric and Stacey Pryor of Fishers, Indiana; a sister Mrs. Janet Kassebaum of Carmel, Indiana; and five grandchildren, Ethan, Grant, Owen, William, and Marguerite.

There will be a Celebration of Life Service held at 2:30 PM on February 22nd, 2014 at the Brosmer-Kemple Funeral Home in French Lick, Indiana. Friends may call from 12:00 (noon) until the time of service at the funeral home.

In lieu of flowers, the family requests that memorial contributions be made to the Carl and Therese Pryor Heritage Memorial Woodland Trust in memory of Carl, C/O Brosmer-Kemple Funeral Home, P.O. Box 50, French Lick, Indiana 47432.