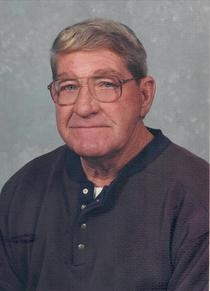 He was born in West Baden Springs on May 23rd, 1937 to Fred and Alice Lettie (Love) Seals.

He was also preceded in death by his parents and (7) Brothers and Sisters.

Carl was employed at Smithville Telephone Company and retired after 43 years of service. He graduated from West Baden Springs High School with the Class of 1956, he had been a volunteer for the French Lick Fire Department, enjoyed volunteering at the French Lick West Baden Museum, was a lifelong member of the Beechwood Christian Church and also enjoyed serving the citizens of Springs Valley by serving on the Springs Valley Water Board and the West Baden Springs Planning Commission.

He was an avid supporter of his childrenâ€™s activities and always enjoyed helping with little league. Carl loved hunting and fishing, mowing and caring for his yard and playing golf with Kathryn and his buddy, the late Ed Kerns. He also cherished his time spent with his grandchildren and great-grandchildren.

VISITATION
Friends may call from 4:00 â€“ 7:00 p.m. on Friday, June 17th, 2016 at the Brosmer-Kemple Chapel. Cremation was chosen and a private burial will be held at a later date.

To order memorial trees or send flowers to the family in memory of Carl Seals, please visit our flower store.