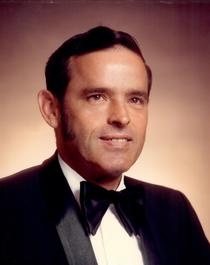 He was born in Elon (Orange County), Indiana on November 25th, 1942 to Porter Elwood and Alma Jane (Young) Walters.

Carrol married Judy Vance in May of 1984 and she survives.

Carrol was a member of the French Lick â€“ West Baden Lions Club, a member of the Cane Creek Christian Church, Newton Stewart Masonic Lodge #432 F&AM and the Eagles Club in Seymour, Indiana. He graduated from Springs Valley High School with the Class of 1961.

He retired from Texas Eastern Transmission Pipeline after working there for over 30 years. In his spare time and after retirement, Carrol enjoyed farming.

Carrol is survived by:

In lieu of flowers, the family requests that memorial donations be made to the Cane Creek Christian Church or Cemetery Fund, 4932 South County Road 1175 West, French Lick, Indiana 47432.

To order memorial trees or send flowers to the family in memory of Carrol P. Walters, please visit our flower store.