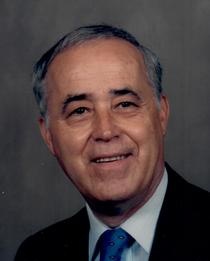 He was born in Orange County, Indiana on April 23rd, 1928 to Charles Harris and Bessie (Hayes) Harris.

Ben was preceded in death by his parents, (1) Sister and (5) Brothers.

He married Norma Joanne Kearby on September 15th, 1951 and she survives.

Ben was a member of the Wesleyan Church in Cape Coral, Florida and a 1946 graduate of French Lick High School.
He worked at the Springs Valley Herald for 54 years, from 1946 until 2000.

Ben loved music and singing, speaking in churches as a layman and spending time with his family.


FUNERAL CEREMONY
A Funeral Ceremony will be conducted by Rev. Darrell Wineinger at 2:00 p.m. on Tuesday, November 15th, 2016 at the Brosmer-Kemple Chapel in French Lick, Indiana. Burial will follow in Mount Lebanon Cemetery.

VISITATION
Friends may call Tuesday, November 15th, 2016 from 10:00 a.m. until the time of service at the Brosmer-Kemple Chapel.

In lieu of flowers, the family requests memorial contributions be made in memory of Ben to the Mount Lebanon Cemetery, c/o Wayne Ferguson, 9711 W. State Rd 56, French Lick, IN 47432.

To order memorial trees or send flowers to the family in memory of Charles "Ben" Harris, please visit our flower store.