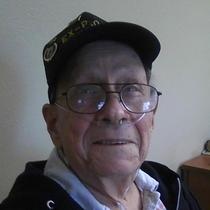 He was born in Orange County, Indiana on December 2nd, 1924 to Garrett and Dessie Alice (Painter) Ferguson.

Chester married Dorothy Cox and she preceded him in death.

He was also preceded in death by his parents and (2) Brothers â€“ Norman and Ivan Ferguson.

He was a member of the Mount Lebanon United Methodist Church and loved to garden.

Chester is survived by:

Cremation was chosen. There will be a Celebration of Life Service held at a later date with burial to follow in the Mount Lebanon Cemetery.

To order memorial trees or send flowers to the family in memory of Chester Roy Ferguson, please visit our flower store.