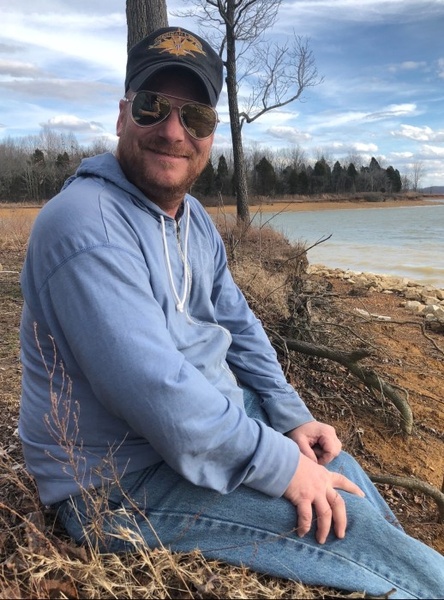 Christopher Douglas Mendenhall, 48, of French Lick, Indiana entered into eternal rest on December 27th, 2019 at the University of Louisville Hospital in Louisville, Kentucky.
He was born in Danville, Indiana on July 13th, 1971 to Brian Lee and Glenda Louise (Berry) Mendenhall.
Christopher graduated from Greencastle High School in 1990 and was self-employed.
He was a United States Army Veteran of Desert Storm, and a member of the French Lick American Legion Post 76, where he served as the Sergeant of Arms for the Honor Guard Team.
Christopher was a member of the Red Quarry Christian Church, passionate about the American Red Cross, and always looking for ways he could give back to his community.
He was an avid music lover who enjoyed playing the guitar and spending time with his friends and family. Some of his favorite things to do were to spend time out at the lake, either by a bonfire or fishing. He also enjoyed being creative, often inventing different things, drawing, or with the different items he enjoyed collecting.
Christopher is survived by:

CELEBRATION OF LIFE CEREMONY
A Celebration of Life Ceremony will be conducted by Bro. Joe Crow at 3:00 p.m. on Sunday, January 5th, 2020 at Brosmer-Kemple Funeral Home.  Following the Ceremony, everyone is invited to The French Lick American Legion Post 76.

To order memorial trees or send flowers to the family in memory of Christopher Douglas Mendenhall, please visit our flower store.