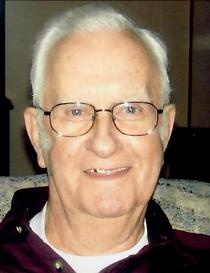 He was born in Chicago, Illinois to Elmer L. and Rosa A. (Roby) Sorrels.

Dale married his love of over 50 years, Charlene Kay Donaldson, on January 13th, 2009 and she survives.

Dale is survived by:

VISITATION
Friends may call Monday, April 11th, 2016 from 4:00 to 8:00 p.m. at the Brosmer-Kemple Chapel and again from 11:00 a.m. until the time of service at Springs Valley Wesleyan Church. There will be a Masonic Memorial Service performed at 7:00 p.m. by the French Lick Masonic Lodge #586 F&AM.

To order memorial trees or send flowers to the family in memory of Dale Gordon Sorrels, please visit our flower store.