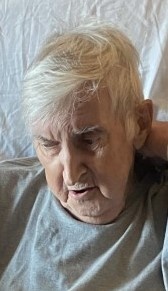 He was born in Martin County, Indiana on July 8th, 1937 to Ivan and Lola (Parsons) Tedrow.

He married Mattie Alice Belcher on July 7th, 1957 and she survives.

Special thanks to John Moffatt

Cremation was chosen and a Private Graveside Service will be held at a later date.

To order memorial trees or send flowers to the family in memory of Dale Tedrow, please visit our flower store.