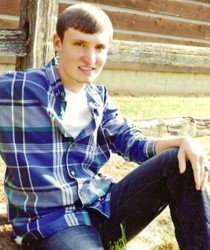 He was born on November 13th, 1996 in Bedford, Indiana to Barrett Lee Allbright and Debra Lynn (Fox) Prewitt.

Daniel was preceded in death by his Great-Grandparents â€“ William J. and Emily B. Lee, Great-Grandmother â€“ Mildred A. Allbright and (1) Uncle â€“ David Wayne Fox.

He was a graduate of the Springs Valley High School with the Class of 2015 and attended the West Baden Springs United Methodist Church. While in school, Daniel was a member of the Springs Valley Blackhawk Brigade where he played the Baritone Saxophone and also helped with prop setup. He also enjoyed playing baseball and football.

He was currently employed at the Oâ€™Reilly Auto Parts in French Lick while attending Ivy Tech in Sellersburg. Daniel had previously been employed at the Jay-C Store in West Baden Springs, where he was known for his loving and helpful nature.

Daniel will be deeply missed by his family, friends and co-workers. He was a loving son, brother and friend to many.

FUNERAL CEREMONY
A Funeral Ceremony will be conducted by Ralph Purkhiser at 1:00 p.m. on Thursday, April 26th, 2018 at the Brosmer-Kemple Chapel in French Lick, Indiana. Burial will follow in Spring Hill Cemetery, Shoals, Indiana.

To order memorial trees or send flowers to the family in memory of Daniel Barrett Allbright, please visit our flower store.