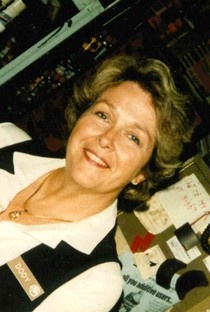 Dody worked at the French Lick Springs Hotel for many years and retired from the Orange County Highway Department.   She and Don owned and farmed Seven Mile Farm.

She was a member of the Red Hats Society, enjoyed playing Dominos and card games, having morning coffee with friends, and adored her grandchildren and great-granddaughter.

Dody is survived by:


CELEBRATION OF LIFE CEREMONY
A Celebration of Life Ceremony will be at 2:00 p.m. on Saturday, May 5th, 2018 at the Brosmer-Kemple Chapel, French Lick, Indiana.  Cremation was chosen and a private burial will be at a later date.

VISITATION
Friends may call from 11:00 a.m. until the time of service at the funeral home.

In lieu of flowers, donations may be made in Dodyâ€™s memory to the Orange County Community Foundation for the Don and Dody Conrad Agricultural Scholarship Endowment Fund, 1075 N. Sandy Hook Rd, Suite 2, Paoli, IN 47454

To order memorial trees or send flowers to the family in memory of Delores "Dody" Conrad, please visit our flower store.