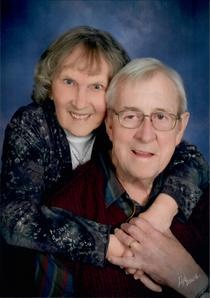 He was born in West Baden Springs, Indiana on August 5th, 1933 to Arthur H. and Edna (Condra) Wortinger.

Dennis married Jean Lane on February 14th, 1953 and she survives.

He was preceded in death by his parents, (1) Brother â€“ Keith Wortinger and (2) Sisters â€“ Audra Smith and Kathleen King.

Dennis was a member of the Springs Valley Wesleyan Church and retired from the Town of West Baden Springs as Street Commissioner.


FUNERAL CEREMONY
A Funeral Ceremony will be conducted by Pastor John Moffatt at 2:00 p.m. on Sunday, July 10th, 2016 at the Brosmer-Kemple Chapel in French Lick, Indiana. Burial will follow in Mount Lebanon Cemetery.

VISITATION
Friends may call Sunday, July 10th, 2016 from 10:00 a.m. until the time of service at the Brosmer-Kemple Chapel.

To order memorial trees or send flowers to the family in memory of Dennis H. Wortinger, please visit our flower store.