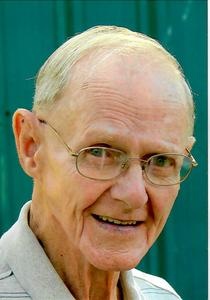 He was born in West Baden Springs, Indiana on February 18th, 1929 to Heber and Omah (Brown) Bird.

Donald married N. Jean Royer in 1951 and she survives.

He was also preceded in death by his parents, (2) Brothers â€“ Bill and Heber Bird Jr. and (1) Sister â€“ Edith Pierce.

Donald graduated from the West Baden Springs High School with the Class of 1947. He retired from the Pluto Corporation where he worked in maintenance. He was a member of the Springs Valley Wesleyan Church and the American Legion Post 149 Phillips-Grigsby in West Baden Springs, Indiana.

Donald served his country in the United States Army during the Korean War.

VISITATION
Friends may call Wednesday from 9:00 a.m. until the time of service.

In lieu of flowers, the family requests memorial contributions be made in Memory of Donald to the American Legion Post 149 Phillips-Grigsby, P.O. Box 115, West Baden Springs, Indiana 47469 or to the Springs Valley Wesleyan Church, 821 S. Indiana Avenue, French Lick, Indiana 47432.

To order memorial trees or send flowers to the family in memory of Donald Richard Bird, please visit our flower store.