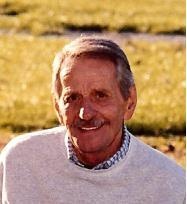 He was born on March 25th, 1930 in Anderson, Indiana to Joseph and Hazel (Smith) Cooper.

Mr. Cooper retired in 1986 from Delco-Remy Division of GM as a production supervisor with 37 Â½ years of service.

He was a veteran of the United States Army and stationed in Germany serving as a Military Police Officer.

Mr. Cooperâ€™s family would like to express their everlasting gratitude to Dr. Matthew Waldron and his staff, and also nurses Deena, Norma and Christy from Gentiva Hospice.

Cremation was chosen and a memorial service will be held at East Maplewood Cemetery in Anderson, Indiana at a later date.