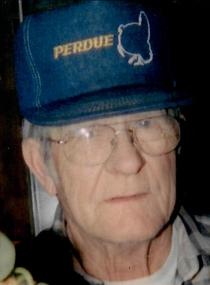 He was born on March 8th, 1932 in Orange County, Indiana to Frank and Floy Edith (Bell) Brown.

Pappy attended the Springs Valley Wesleyan Church, had been a member of the Springs Valley Exchange Club and enjoyed hunting and fishing. He served his country in the United States Air Force from April of 1951 until January of 1954. He retired from being the Street Commissioner for the Town of West Baden Springs.


FUNERAL CEREMONY
A Funeral Ceremony will be conducted at 1:00 p.m. on Friday, April 8th, 2016 at the T.L. Pinnick Chapel in French Lick, Indiana. Burial will follow in the Mt. Lebanon Cemetery.

To order memorial trees or send flowers to the family in memory of Donald "Donnie" F. Brown, please visit our flower store.