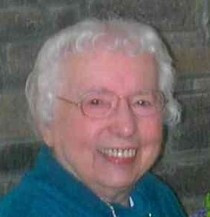 She was born on February 9th, 1924 in Nutley, New Jersey to Charles and Anna (Compton) Prior.

She was also preceded in death by her parents and (1) Sister â€“ Edna Hoehn.

Doris graduated from West Side High School in Newark, New Jersey Class of 1942.

She was very proud of being the first woman bank teller in the city of Newark, New Jersey during WWII.  She was a volunteer with the Bell Telephone Pioneers and also Overlook Hospital in Summit, New Jersey.  She served as past chair of the West Orange Scholarship Fund.

A private service will be held. Burial will be at the Restland Memorial Park in East Hanover, New Jersey.

To order memorial trees or send flowers to the family in memory of Doris P. Thornton, please visit our flower store.