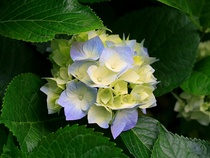 She was born in Orange County, Indiana on December 2nd, 1927 to James and Hazel (Stalcup) Leonard.

Dorothy married Harold Ralph Clements and he preceded her in death.

Dorothy was a member of the Beechwood Christian Church in French Lick, Indiana. She loved to play bridge and the piano as long as she was able to.

She graduated with the French Lick High School Class of 1946 and retired from Kimball Electronics.

Dorothy is survived by:

FUNERAL CEREMONY
The Funeral Ceremony will be conducted on Tuesday, September 6th, 2016 at 1:00 p.m. by her nephew, Rusty Abel, at Brosmer-Kemple Funeral Chapel followed by burial in Mount Lebanon Cemetery, French Lick, Indiana.

To order memorial trees or send flowers to the family in memory of Dorothy Clements, please visit our flower store.