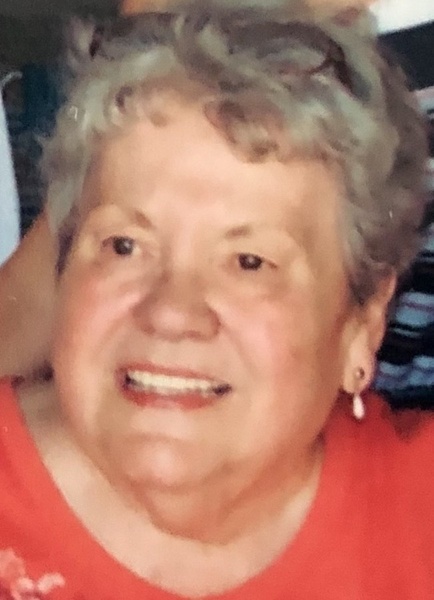 She entered this world on August 5th, 1936 in Paoli to John William Dewhurst and Nora Ethel Pierson. Also awaiting her was a large working-class family of six sisters and three brothers. This would be the foundation for her lifelong dedication to family.  She was preceded in death by her parents, Sisters-Cora, Esther, Emma, Mary, and Stella- Brothers- Robert, John Jr. and George. Also preceding her in death are her Husband Paul B. Prosser, one grandson Greg Prosser and one great-granddaughter Holly Humphrey.

Being born into the middle of the Great Depression made for many struggles in her early family life.  However, she preferred to remember the good times like the times they, out of necessity, decorated the family Christmas free with simple hand painted light bulbs and popcorn garland.

She attended Paoli School and expressed pride in her brothers who played for the Paoli Ramblers.

The next chapter of her life would also be rooted in family.  On January 13th 1957 she married Paul B. Prosser, Jr.  When her husband fell seriously ill in the early 2000’s, she dedicated her existence to his care until he passed away on November 7th, 2003.

She is survived by daughters Nancy J. Hinsch of Vallonia, Indiana and Karen S. Wallace of Plainfield. Surviving sons are Charles “Rusty” Prosser of Greensburg and Ronald E. Prosser of Versailles. One surviving sister Lucy Gatlin of Indianapolis. She also had seven grandchildren and twelve great grandchildren with a baby boy coming in August..

She worked many service type jobs in the local area, but took a special pride in caring for the residents of the nursing home. She was also a homemaker. She was a member of the Springs Valley Fellowship of Church Woman, the French Lick Senior Citizens and was of the Methodist faith.  In her later years she found comfort in the fellowship of the French Lick Wesleyan Church.

The funeral ceremony will be conducted by Pastor John Moffatt on Thursday, June 27th 2019 at Brosmer-Kemple Funeral Home in French Lick.  Burial will follow in the Paoli Community Cemetery.  Visitation will be from 10a.m- 1p.m. with the service at 1:00p.m.

In accordance with her wishes, any memorial contributions should be made to the Springs Valley Food Pantry.  Arrangements are in the care of the Brosmer-Kemple Funeral Service in French Lick.  Condolences may be made on the Facebook page of Brosmer-Kemple or at the website- www.brosmer-kemplefuneralhome.com.

To order memorial trees or send flowers to the family in memory of Elsie Marie Prosser, please visit our flower store.