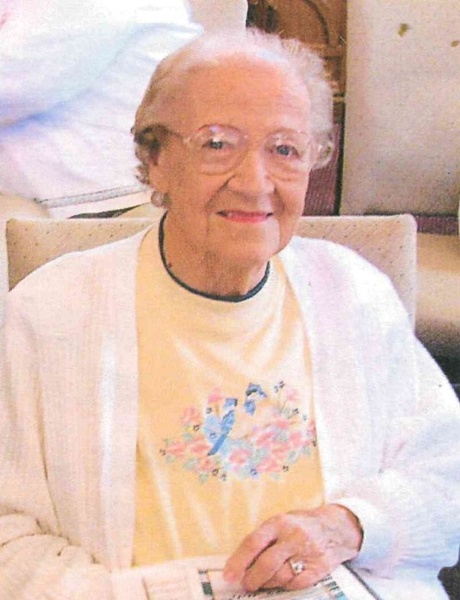 She was born in Hoopeston, Illinois on November 7th, 1919 to Less and Stella (Carnes) Qualkenbush.

She was also preceded in death by her parents, and one granddaughter, Kathy Ann Flick.

Elsie was a member of Beechwood Christian Church and a past member of Tri-Kappa.

Elsie loved her family and enjoyed going to the casino.

She retired as Assistant Vice President from Springs Valley Bank in French Lick where she had worked from 1960-1980.

Elsie is survived by:

FUNERAL CEREMONY
The Funeral Ceremony will be at 2:00 p.m. on Friday, August 10th, 2018 at Brosmer-Kemple Funeral Chapel.  Burial will follow in the Mount Lebanon Cemetery in French Lick, Indiana.

In lieu of flowers, the family requests in memory of Elsie to pay it forward in kindness by doing a kind deed for someone.  Elsie was known for being kind to everyone.

To order memorial trees or send flowers to the family in memory of Elsie Marie Thurston, please visit our flower store.