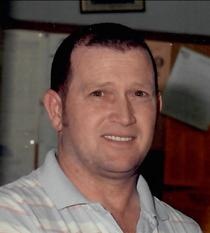 He was born in Orange County, Indiana on May 12th, 1940 to Elsworth Parsons Sr. and Velma (Beaty) Parsons.

Elsworth married Sharon Darlene Pinnick on September 30th, 1961 and she preceded him in death.

Elsworth was also preceded in death by his parents, (2) Brothers â€“ John and Mike Parsons and (1) Sister â€“ Joan Meehan.

He graduated from Springs Valley High School with the Class of 1958. After high school, he joined the United States Marine Corps and served his country proudly until being honorably discharged in 1961. He retired from Crane NSWC where he worked as a Bomb Inspector.

Elsworth was a member of the French Lick American Legion Post 76 and the Mount Lebanon United Methodist Church. He enjoyed traveling, camping and riding ATVâ€™s.

Elsworth is survived by:

To order memorial trees or send flowers to the family in memory of Elsworth E. Parsons Jr., please visit our flower store.