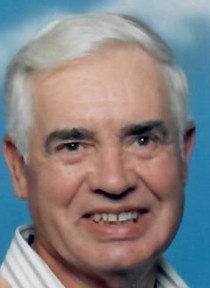 He was born in Martin County, Indiana on October 26th, 1935 to Roy Quinn and Hazel (Qualkenbush) Quinn.

Elza married Patsy Hallaway on December 25th, 1953 and she survives.

He was preceded in death by his parents and (1) brother â€“ Ted Quinn.

Elza retired from Coastal Corporation Pipeline in March of 1996 after 29 years.

He was Caretaker and Treasurer of Emmons Ridge Cemetery for over 5 years and a 1953 graduate of Shoals High School, where he was Valedictorian and Captain of the Varsity Basketball team. He was an avid golfer, and it was evident by his trophies from having won several tournaments in the Tri-State area.


FUNERAL CEREMONY
A Funeral Ceremony will be conducted by Rev. Brian Harrison at 2:00 p.m. on Monday, November 28th, 2016 at the T. L. Pinnick Chapel in French Lick, Indiana. Burial will follow in Emmons Ridge Cemetery.

In lieu of flowers, the family requests memorial contributions be made in memory of Elza to the Emmons Ridge Cemetery, c/o Kathy Kalb, 2494 Hillham Road, French Lick, IN 47432.

To order memorial trees or send flowers to the family in memory of Elza Edward Quinn, please visit our flower store.