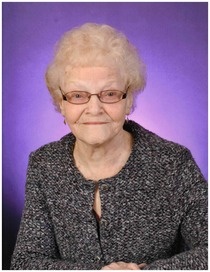 She was born in Dubois County, Indiana on October 19th, 1923 to Charles and Anna (Eisenhut) Miller.

Emma married Edgar Merchand in August of 1940 and he preceded her in death on April 9th, 1996.

She was also preceded in death by her parents, several brothers and sisters, (1) Grandson â€“ Scott Pendley and (1) Great-Grandson â€“ Nick Holt.

Emma was a member of the Natchez Community Church and enjoyed music and dancing.

FUNERAL CEREMONY
The Funeral Ceremony will be conducted by Pastor John Moffatt on Thursday, January 5th, 2017 at 12:00 (noon) at the T.L. Pinnick Chapel. Burial will follow in the Anderson Cemetery in Shoals, Indiana.

To order memorial trees or send flowers to the family in memory of Emma Lee Merchand, please visit our flower store.