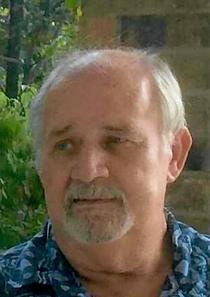 He was born in Washington, Indiana on September 16th, 1950 to Claude L. Cox and Nadene (Evans) Cox. He grew up in French Lick, Indiana but also spent time in Beirut, Lebanon and also California while traveling.

Evan married Debra Jo Eddleman on April 15th, 1972 and she survives. He was preceded in death by his parents and (1) Aunt â€“ Phyllis Nichols.

Evan spent several years as mountain manager at Ski Paoli Peaks in Paoli, Indiana and as an official for USAC Racing. He attended college at Vincennes University.

Evan was a member of the VFW Post 8302 in Paoli, Indiana and the Sons of American Legion at the French Lick American Legion Post 76 where he was very active in all functions related to the Legion. He also was a former member of the French Lick Airport Board. He enjoyed spending time with friends and family and most forms of racing. Evan also enjoyed music, especially his grandsonâ€™s guitar playing.

Evan is survived by:

FUNERAL CEREMONY
A Funeral Ceremony will be conducted by Sam Vernon at 5:30 p.m. on Tuesday, October 18th, 2016 at the Brosmer-Kemple Chapel in French Lick, Indiana. Burial will follow in Cane Creek Cemetery.

In lieu of flowers, the family requests memorial contributions be made in memory of Evan to the French Lick American Legion Post 76, 116 Main Street, French Lick, Indiana 47432.

To order memorial trees or send flowers to the family in memory of Evan L. Cox, please visit our flower store.