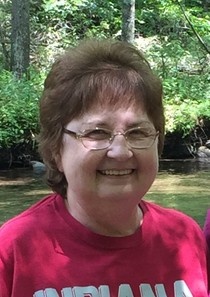 She was born in French Lick, Indiana on August 28th, 1953 to Earl Nelson and Viola (Fox) Nelson.

Evelyn was a member of the South Liberty Church of Christ and 1971 graduate of Springs Valley High School.
She was an employee of Kimball International for over 45 years, starting at the Kimball Piano plant in West Baden Springs until it closed, where she was then transferred to Jasper.

Evelyn is survived by:


FUNERAL CEREMONY
A Funeral Ceremony will be conducted at 1:00 p.m. on Saturday, November 12th, 2016 at the Brosmer-Kemple Chapel.   Burial will follow at the Mount Lebanon Cemetery in French Lick, Indiana.

In lieu of flowers, the family requests memorial contributions be made to the Mount Lebanon Cemetery Fund, c/o Wayne Ferguson, 9711 W. State Rd 56, French Lick, IN 47432.

To order memorial trees or send flowers to the family in memory of Evelyn Marie Ashby, please visit our flower store.