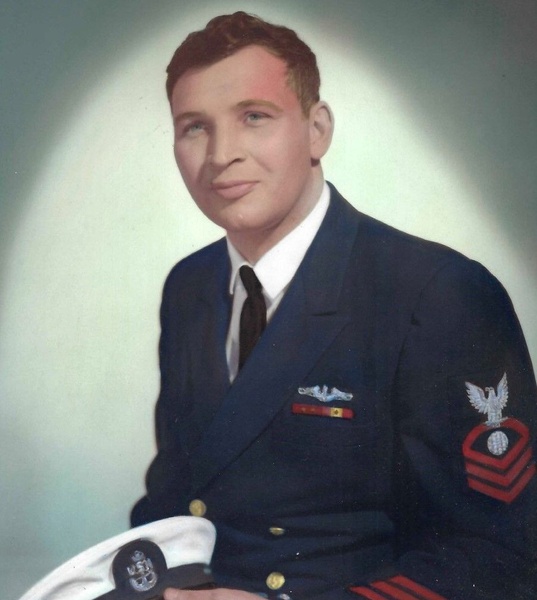 He was born in Ashland, Kentucky on October 7th, 1936 to Emory Ammon and Elizabeth Ruby (Brainard) Hill.

He was also preceded in death by his Parents; (1) Daughter – Cheryl Loyd; Grandson – Frank Clarke;

Following his retirement from the United States Navy, Frank worked for International Paper where he retired after 20 years.

Frank Hill spent his life joking, pranking, and trying to make people smile.  He was the kind of man that entered a room and filled it with his voice, his laughter and his presence.  He never met a stranger and left an unforgettable impression wherever he went. He was a patriot who loved his family, whitewater canoeing, animals, nature and the United States Navy.  Frank never wanted people to fuss over him or to be sad.  He opted for a graveside service because he wanted people to remember his adventurous, vibrant life and not focus on his passing.  The family asks that if you would like to honor Frank, you raise a glass and toast his life and the man he was, plant a tree or a rose bush, donate to your local animal shelter or donate to the American Cancer Society.

He and his one true love and bride, Anita Jane, left a lasting legacy of surviving family including:

Military Graveside Rites will be accorded.

To order memorial trees or send flowers to the family in memory of Frank Lee Hill, please visit our flower store.