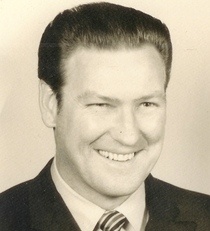 He was born in Shoals, Indiana on October 17th, 1935 to Loyal â€œPeteâ€ Jones and Lorene (Williams) Jones.

He was a member of the Higher Ground UPC in French Lick, Indiana and graduated from the West Baden Springs High School with the Class of 1953 and enjoyed riding motorcycles with his friends.

Gary is survived by:

FUNERAL CEREMONY
A funeral ceremony will be conducted by Rev. Brian Harrison on Friday, July 8th, 2016 at 1:00 p.m. at the Higher Ground UPC in French Lick, Indiana. Interment will follow in the Emmons Ridge Cemetery near Hillham, Indiana.

To order memorial trees or send flowers to the family in memory of Gary Lee Jones Sr., please visit our flower store.