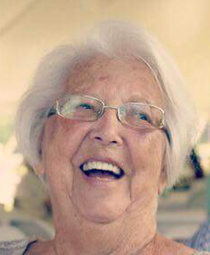 She was born on March 30th, 1931 in Norton, Indiana to John Monroe and Sophia Adeline (Weaver) Lindsey.

She was also preceded in death by her parents and (3) Brothers â€“ Hilbert â€œHibâ€, Chester â€œChigâ€ and John Lindsey.

Jenny enjoyed going to church on Sunday and had most recently attended the Mount Lebanon United Methodist Church. She also enjoyed spending time with friends and family as much as possible.


She is survived by:

Several nieces and nephews who had a special place in her heart.


A Celebration of Life Ceremony will be held on Saturday, April 2nd, 2016 at 2:30 p.m. at the Brosmer-Kemple Chapel, French Lick, Indiana.

Cremation was chosen and a private burial will be at a later date.

To order memorial trees or send flowers to the family in memory of Geneva "Jenny" Dorsam, please visit our flower store.