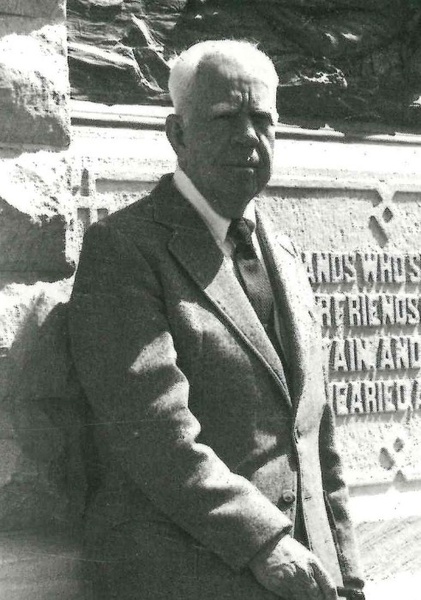 He was born in Cuzco, Indiana on October 11th, 1922 to George Riley and Pearl Cornelia “Jones” Tredway.

He was preceded in death by his wife, parents, (1) Daughter- Patricia Tredway, (1) Sister- Juanita Tredway, (2) Half Sisters- Agnes Jean Linae and Anna Potts.

He served in the Army Air Force from 1940 to 1945. An aircraft gunner on a B-17, Tredway was wounded while protecting a convoy in New Guinea and received the Purple Heart. He also received the Distinguished Flying Cross Medal, Air Medal, American Campaign Medal and Asiatic-Pacific Campaign Medal. In 1944 Gilbert penned his historical novel, The Way it Was: A Novel of the Civil War.

Gilbert is survived by:

The Funeral Ceremony will be conducted by Larry Mickler at 2:00 p.m. on Friday, January 18th, 2019 at Brosmer-Kemple Funeral Home in French Lick, Indiana. Burial will follow in Cuzco Cemetery in Cuzco, Indiana.

Friends may call from 12:00 p.m. until the time of service on Friday, January 18th, 2019 at the Brosmer-Kemple Funeral Home in French Lick, Indiana.

To order memorial trees or send flowers to the family in memory of Gilbert Riley Tredway, please visit our flower store.