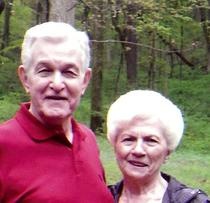 She was born on January 4th, 1936 in Orange County, Indiana to Harry and Dollie (Wininger) Nelson.

Githa married Junior Beaty on October 13th, 1951 and he preceded her in death.

She was also preceded in death by her parents, (4) Brothers â€“ Clifford, Elvis, Junior and Melvin Nelson and (1) Sister in infancy â€“ Ruby Nelson.

Githa had worked at RCA as a factory worker and also cleaned houses. She was also a member of the Ellettsville Senior Citizens.

In lieu of flowers, the family requests that memorial contributions be made to the American Cancer Society, P.O. Box 22478, Oklahoma City, OK 73123.

To order memorial trees or send flowers to the family in memory of Githa Ellen Beaty, please visit our flower store.