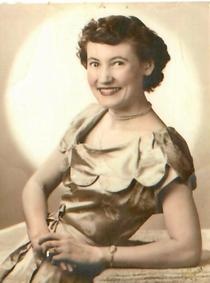 She was born on March 21st, 1930 in Orange County, Indiana to Otto and Alma (Quinn) Bledsoe.

Gladys married Dexter Gene Wininger on September 2nd, 1950 and he preceded her in death on February 4th, 2004.

She was preceded in death by her parents, (4) Brothers â€“ Sanford, Ernest, Dean and Garrett Bledsoe.

Gladys attended the No. 13 Grade School in French Lick Township before going to the West Baden Springs High School where she graduated with the Class of 1949. While her husband was stationed in Washington D.C she was employed as a secretary. Once Gladys and her husband returned home to Indiana, her life was dedicated to raising her (4) four children. While raising her children, she enjoyed quilting, gardening, cooking and baking.


GRAVESIDE CEREMONY
A Graveside Ceremony will be held on Monday, October 31st, 2016 at 2:30 p.m. at the Ames Chapel Cemetery in Paoli, Indiana.

To order memorial trees or send flowers to the family in memory of Gladys Charlene Wininger, please visit our flower store.