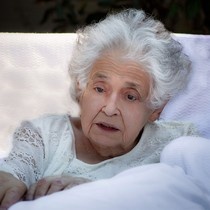 She was born in Orange County, Indiana on August 2nd, 1936 to Scott Z. and Grace (Flick) Hendrix.

Glenda was a homemaker and devoted her life to her loving family. She was a life member of Elon Christian Church and had attended from the time she was 16 years old. She was the co-owner of CGA Monuments and the former co-owner of the Deli Bake in French Lick, Indiana. Glenda graduated high school from the French Lick High School with the Class of 1954.

Glenda is survived by:


FUNERAL CEREMONY
A Funeral Ceremony will be conducted by Bro. Mark Allen at 1:00 p.m. on Wednesday, October 19th, 2016 at the Elon Christian Church. Burial will follow at the Patoka Memorial Cemetery in French Lick, Indiana.

In lieu of flowers, the family requests memorial contributions be made to the Elon Christian Church or to the Patoka Memorial Cemetery Fund, C/O Carl Allen, P.O. Box 350, French Lick, Indiana 47432.

To order memorial trees or send flowers to the family in memory of Glenda Grace Allen, please visit our flower store.