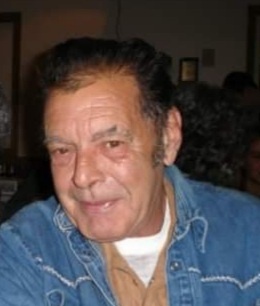 He was born in Paoli, Indiana on January 16th, 1945 to John Norman Bell and Betty Louise (Roach) Bell.

Gordon married Dixie Hawkins on April 5th, 1963 and she survives.

Gordon was a 1963 graduate of Shoals High School and retired from NWCS Crane.

He was a former Past Master and member of French Lick Masonic Lodge F&AM 586 and other masonic organizations and groups, as well as former Scoutmaster of the French Lick Boy Scout Troop.

Gordon enjoyed riding and traveling on his Harley Davidson until his health would not allow, the farm and “Dog”.  In his final years, his time was spent at the Allen Garage and Twin City Feed Mill exchanging tall tales and out and out lies with fellow loafers.

FUNERAL CEREMONY
A Funeral Ceremony will be conducted by Rev. Ashley Sherard-Clarke on Thursday, May 13th, 2021 at 11:00 a.m. at Brosmer-Kemple Funeral Home with burial to follow at Mount Lebanon Cemetery.

To order memorial trees or send flowers to the family in memory of Gordon Wayne Bell Sr., please visit our flower store.