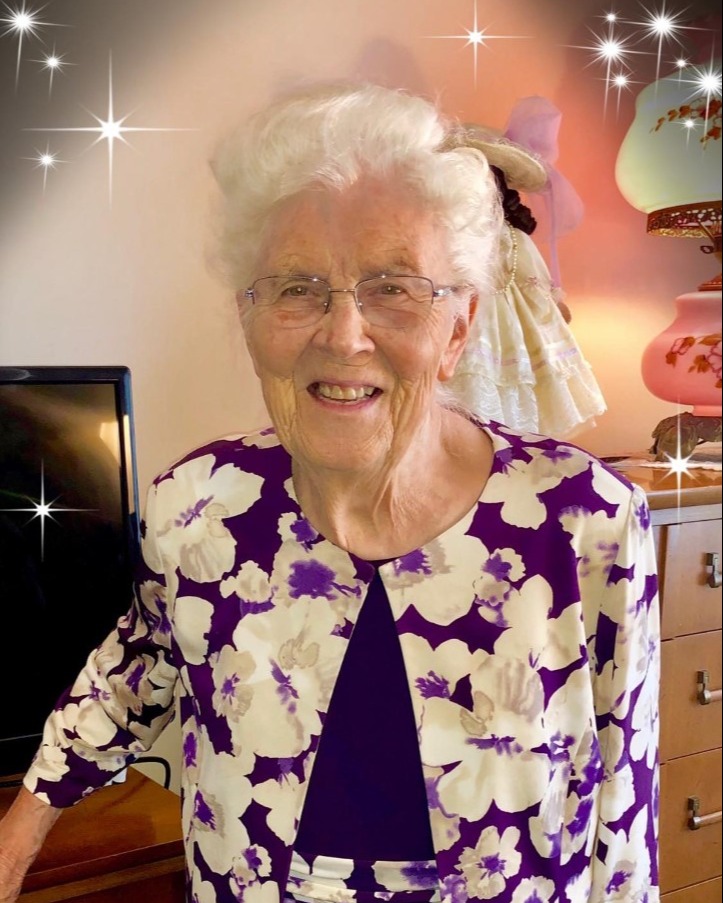 She was born in Orange County, Indiana on December 21st, 1929 to Clarence Ralph and Mary Francis (Stoner) Harrison.

She was also preceded in death by her Parents, (3) Brothers – Ralph (Bud), Jim, and Bobby Gene Harrison;
(1) Sister – Rosemary Stone; and one Step-son – Tim Nelson.

Grace loved the Lord and was always very active in her local church.  She faithfully served for many years as a children’s minister and song leader at the French Lick Pilgrim Holiness Church, Crystal Community Church, and Highland Chapel.  She graduated from French Lick High School in 1948 and worked for 40 years at the Springs Valley Corporation Shoe Factory.  Grace enjoyed playing the piano, sewing quilts and clothing for family and friends, gardening and visiting and praying for the sick.

FUNERAL CEREMONY
A Funeral Ceremony will be conducted by Bro. Gerald Montgomery on Monday, November 21st, 2022 at 1:00 p.m.
at Brosmer-Kemple Funeral Home with burial to follow at Ames Chapel Cemetery.

VISITATION
Visitation will be on Monday, November 21st, 2022 from 11:00 a.m. until the time of service at the funeral home.

To order memorial trees or send flowers to the family in memory of Grace Evelyn Nelson, please visit our flower store.