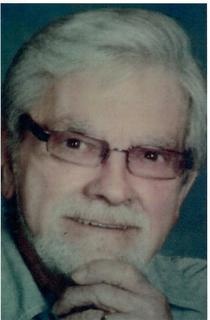 He was born in French Lick, Indiana on January 19th, 1937 to James Lucas and Ora (Phillips) Jones.

Buck married Wilma Jane Jones on October 3rd, 1955 and she preceded him in death on July 20th, 2010. He then married Carolyn Kerby Carmichael on November 2nd, 2013 and she survives.

Buck enlisted in the United States Air Force at the age of 17. He served his country from 1954-1968 during the Vietnam War with the 305th Strategic Squadron. He was promoted to the rank of Technical Sergeant (TSgt) before being discharged due to a medical issue.

After leaving being discharged honorably he furthered his academics by attending Northwood Institute in West Baden Springs, Indiana where he received his Bachelorâ€™s Degree in Business management in only 3 years, a degree that normally took 4 years to receive. He then started working at the Indiana Handle factory in Paoli, Indiana as a Plant Manager where he was a faithful employee for 27 years. During his years at the Indiana Handle Factory, an accomplishment that Buck was very proud of is that he was able to help save the 1996 Olympics by making sure the wood products needed for the Olympic Torch were produced and sent to their required destination on time.

Harold attended the Syria Christian Church in Paoli, Indiana, was a member of the French Lick American Legion Post 76, Paoli VFW Post 8302 and had previously served as a Reserve Deputy for the Orange County Sheriffâ€™s Department for 17 years. He was an avid proponent of the NRA.

FUNERAL CEREMONY
Funeral ceremony will be conducted by Jimmy Johnson on Saturday, September 26th, 2015 at 11:00 a.m. at the Brosmer-Kemple Funeral Home. Interment will follow in the Paoli Community Cemetery in Paoli, Indiana.

The family requests memorial contributions are made to the Wounded Warrior Project, P.O. Box 758517, Topeka, Kansas 66675 or to the Orange County Humane Society, 856 N Greenbriar Dr, Paoli, IN 47454.

To order memorial trees or send flowers to the family in memory of Harold Buck Jones, please visit our flower store.