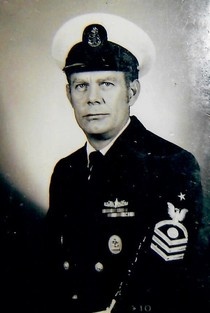 He was born in Orange County, Indiana on July 29th, 1938 Harold Dean and Gertrude (Willoughby) Self.

Ben married Elizabeth Sue McCarty on May 9th, 1969 and she survives.

He was also preceded in death by his parents, (1) Brother â€“ Frankie Dean Self and (2) Sisters â€“ Roberta Self and Marie Tolbert.

He served his country in the United States Navy for over 22 years and was awarded numerous medals. Ben was once stationed for several years at Camp David in Maryland while working at The White House.

Ben is survived by:


Cremation was chosen and a private family ceremony will be held at a later date at the Wininger Cemetery in Hillham, Indiana.

To order memorial trees or send flowers to the family in memory of Harold "Ben" Benjamin Self, please visit our flower store.