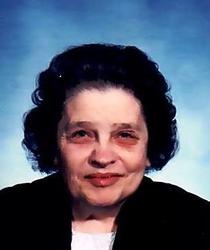 She was born in West Baden Springs, Indiana on March 31st, 1926 to Lacy C. Mahan and Esther M. (Pinnick) Mahan.

Helen was a homemaker, mother, grandmother and great-grandmother. She worked in retail sales at Allbrightâ€™s Grocery, The Little Dress Shop, Beattyâ€™s Village Post and The Gift Box.


FUNERAL CEREMONY
The Funeral Ceremony will be conducted at the Brosmer-Kemple Chapel, 9640 West State Road 56, French Lick, Indiana at 11:00 a.m. on Tuesday, March 22nd, 2016 by Jim Tritle. Burial will follow at the Ames Chapel Cemetery in Paoli, Indiana.

To order memorial trees or send flowers to the family in memory of Helen L. Beatty, please visit our flower store.