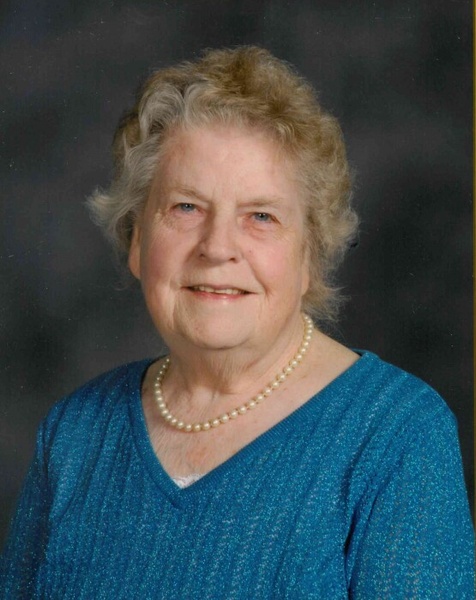 She was born in Martin County, Indiana on April 5th, 1931 and the fourth child of Stephen and Hazel (Terry) Pridemore.

She was also preceded in death by her parents; (2) Brothers – Paul and Steve Pridemore; and (3) Sisters – Mary Strange, Wilma George and Margaret King.

Helen was a 1949 graduate of Shoals High School, a member of Paoli Wesleyan Church and a homemaker.

She was a descendent of Irish immigrants that survived the Irish potato famine of 1845-1849 before coming to America.  This heritage helped make her a strong woman.  She met her husband Luther at the West Baden Skating Rink in 1947 when she was 17 years old and immediately set the dating rules, and Luther followed them.  In 1967, Helen and Jr. were saved at the Springs Valley Church of the Nazarene and from that time on, they gave their children a strong Christian heritage which continues in the family today.

Helen loved family gatherings and traveling as well as teaching her granddaughters how to make pies and noodles.  She found pleasure in reading and buying Christmas gifts for her grandchildren and great-grandchildren, who were the light of her life.

We ask that all who attend please comply to social distancing guidelines and wear a face covering while paying your respects at the graveside ceremony.

To order memorial trees or send flowers to the family in memory of Helen Shipman, please visit our flower store.