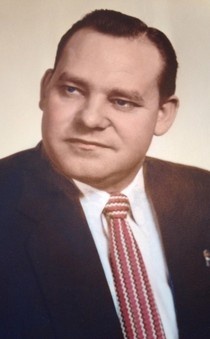 Howard married Violet Bledsoe on April 10th, 1954 and she survives.

He is preceded in death by his parents, (3) Brothers â€“ Elwood, Vernon and Walter McCune; (1) Sisters â€“ Irene McCune Lewis.

Howard was a member French Lick American Legion Post 76, the Veterans of WWII and the Submarine Veterans.

He served his country in the United States Navy as a Submariner, Torpedomanâ€™s Mate First Class during World War II from 1941 to 1947 in the Pacific Theater. Howard was bestowed the honor of being a Purple Heart Recipient.


FUNERAL CEREMONY
A Funeral Ceremony will be held on Saturday, December 17th, 2016 at 1:00 p.m. at the Brosmer-Kemple Chapel in French Lick, Indiana. Interment will follow in the Cuzco Cemetery in Cuzco, Indiana.

The family requests memorial contributions be made to the Cuzco Cemetery Fund.

To order memorial trees or send flowers to the family in memory of Howard Edward McCune, please visit our flower store.