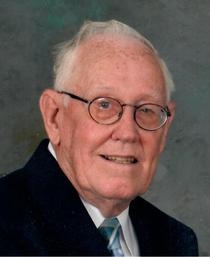 He was born in Paoli, Indiana on March 7th, 1923 to George Lewis and Loretta Jane (Ford) Kendall.

Hubert was a member of the Cane Creek Christian Church and the West Baden Springs American Legion Post 149. He was also a member of the Carpenters Union Local #224 and graduated from Paoli High School with the Class of 1941.

He worked at Travelers Inc. in Orleans, the Indiana Handle Factory in Paoli, the 7-UP Bottling Plant in West Baden Springs and also worked for Singer Sewing Machine Sales. He retired from the construction industry as a carpenter.

Hubert had resided next to the Gorge Nursing Home since May of 1952.

To order memorial trees or send flowers to the family in memory of Hubert R. Kendall, please visit our flower store.