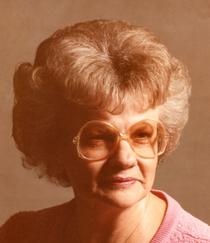 She was born on November 19th, 1926 in Dubois County, Indiana to Harold Von Collins and Alma Dorothy (Clements) Collins.

She retired from Irvington Radiology in Indianapolis, Indiana after 15 years where she worked as a billing supervisor.


The Funeral Service will be held at 2:00 PM on Tuesday, January 6th, 2015 at the Brosmer-Kemple Funeral Home in French Lick, Indiana. Friends may call from 11:00 AM on Tuesday until the time of service at the funeral home.

Cremation will follow and there will be an interment in Richmond, Indiana at a later date.

In lieu of flowers, the family requests that memorial contributions be made to the Alzheimer's Association, P.O. Box 96011, Washington, DC 20090-601 in memory of Jacqueline.

To order memorial trees or send flowers to the family in memory of Jacqueline Eileen Rea, please visit our flower store.