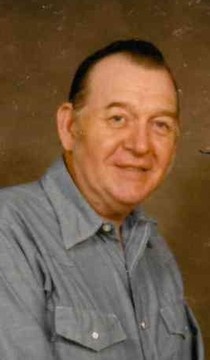 He was born in Crawford County, Indiana on July 12th, 1932 to Jesse F. Mathers and Nella (Gott) Mathers.

He was preceded in death by his parents and (3) Sisters â€“ Lelah Watson, Mina Mae Sandmann and Dorothy Atkins.

James retired from Jasper Corporation, a Division of Kimball International, where he was a tool grinder for 31 years. He also owned Springs Valley Wood Products in French Lick.

He graduated from French Lick High School Class of 1952. After high school, James joined the United States Army Corps of Engineers and served his country during the Korean War.


James is survived by:

CELEBRATION OF LIFE CEREMONY
A Funeral Ceremony will be held at 2:00 p.m. on Saturday, March 4th, 2017 at the Red Quarry Christian Church in French Lick, Indiana. Burial will follow in Harned Chapel Cemetery in Bacon, Indiana.

To order memorial trees or send flowers to the family in memory of James A. Mathers, please visit our flower store.