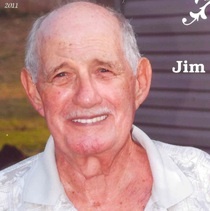 He was born in Selma, Indiana on March 2nd, 1938 to William A. Wilkinson and Edith I. â€œGatesâ€ Wilkinson.

He worked for General Motors for 30 years as a supervisor, troubleshooter and several other positions while working there.

He was a member of the Springs Valley Wesleyan Church.

Jim is survived by:

VISITATION
Friends may call Sunday, May 21st, 2017 from 12:00 noon until the time of service at the Brosmer-Kemple Chapel.

In lieu of flowers, the family requests memorial contributions be made to the Sulphur Creek Cemetery, c/o Elvin Freeman,
6196 W. County Rd 275S, French Lick, IN 47432

To order memorial trees or send flowers to the family in memory of James Dale Wilkinson, please visit our flower store.