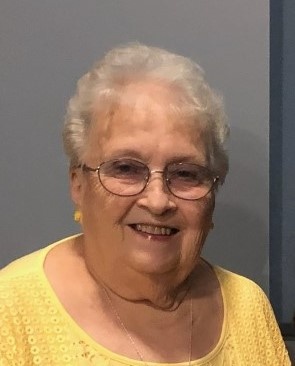 She was also preceded in death by her parents; (1) Step-son – Charlie Tibbs; and (3) Brothers – Edward, Clarence and Donald Huff.

She was a homemaker and had volunteered for Indiana Landmarks for many years at the West Baden Springs Hotel, where she led tours, worked in the gift shop and portrayed historic character “Molly Brown” for the Twilight Tours.

Janet enjoyed sewing, talking to people and spending time with her family.

GRAVESIDE CEREMONY
A Graveside Ceremony will be conducted by Brother Joe Crow on Monday, July 20th at 2:00 p.m. at Ames Chapel Cemetery.

To order memorial trees or send flowers to the family in memory of Janet Kay Tibbs, please visit our flower store.