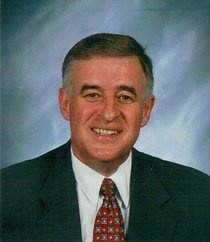 He was born on April 24th, 1950 in Bedford, Indiana to Hollis and Carol â€œFisherâ€ Denbo.

In between teaching and being a State Representative, Jerry sold insurance for Prudential Insurance Company.

He was a member of the First Baptist Church in West Baden Springs, Indiana and also attended the Christian Church of Jasper in Jasper, Indiana. He was also a member of Newton Stewart Lodge #432 F&AM.

Burial will follow in the Ames Chapel Cemetery in French Lick, Indiana.

In lieu of flowers the family requests that memorial contributions be made to the First Baptist Chruch of West Baden Springs, C/O Brosmer-Kemple Funeral Home.

To order memorial trees or send flowers to the family in memory of Jerry Denbo, please visit our flower store.